This is a demake of Adventure Creator, an old Atari 400/800 game. It's not my goal to perfectly imitate the game, just get enough of it in there to be fun and nostalgic to play.

The original game was by Spinnaker/Dale Disharoon on the Atari 400/800 released in 1984.

It is dedicated to the memory of Dale Disharoon who died in 2008. His game gave me and my sister Katy a lot of fond memories together. I hope this demake honors his memory and preserves his legacy in some form.

It's a bit of a strange and probably outdated game. It is best described as a roguelike with questionable mechanics. But it makes a fun toy, and probably interesting to small children and anyone who remembers the game.

The original game had a mode in which you could compose and save your own adventures (hence creator), but this demake focuses ONLY on random dungeon generation.

Thanks to @Krystman for his Porklike tutorial, as I was able to glean some ideas for dungeon generation from it which are used in this cartridge.

To play the game:

You are presented with a goal of a particular treasure to find. When you start the game, you are in a randomly generated maze that is different every time you play the game.

Monsters exhibit several different behaviors. They can talk, give, steal, trade, zap (hurt you), pop (teleport you around the screen randomly).

Hazards are glowing blue and yellow objects of various shapes and behaviors. They will hurt you, but they come in and out of existence.

When actions occur, a heads-up display will pop up at the bottom of the screen telling you what happened.

Tool guide: -Ferrets: Shoot this at a monster to find out what its behavior will be if you touch it. -Hobbles: Freezes monsters for a few seconds so you can get past them. -Nippers: Shoot this at glowing hazards to remove them. -Torches: These will light up a dark room so you can see the maze. -Shields: Makes you totally impervious to monsters and hazards.

Note that Ferrets, Hobbles, and Nippers are projectiles. They will shoot in the direction the knight was last moving. 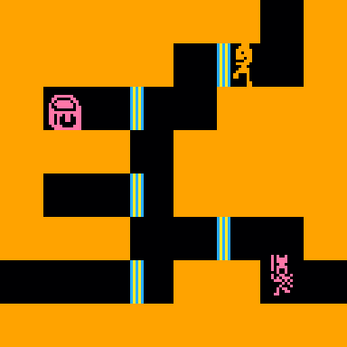 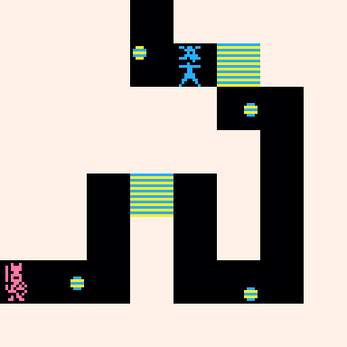 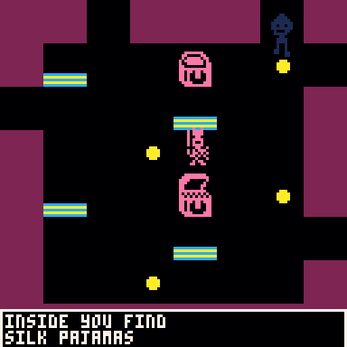 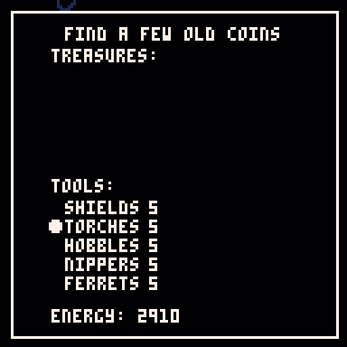